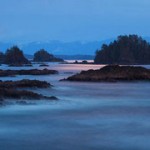 For those who have lived in British Columbia, or who have been fortunate enough to have visited, it is well known that there seems to be no end to the charms that this stunning and diverse part of the world has to offer.

From the rainforest in Vancouver Island to the beautiful coastline to the Rocky Mountain range, just about every outdoor activity is available to adventure-seeking travelers from all over the world.

Within this magnificent region of Canada, there are hundreds of gems, tucked away, just waiting to be discovered. One such gem is located along the southern coastline of British Columbia. For hundreds of years it remained hidden from the world until the last half of the 20th century, when it finally made its big debut. I am pleased to now introduce to you the beautiful district of Tofino.

Tofino is part of the Clayoquot Sound region of British Columbia, located in the southwest of British Columbia. It was named after the nearby Tofino Inlet and officially established as a town in 1909. However, Tofino’s history dates back much, much further than that.

For thousands of years, Vancouver Island was inhabited by the Nuu-chah-nulth people, an indigenous people group of Canada, who are also known as the First Nations people group. They have made Vancouver Island their home for over 10,000 years. Historically, they found most of their provision in the sea, fishing and hunting for food along the coastline. The teeming waters surrounding them offered salmon, cod, halibut, and various shellfish. This also attracted another group of prey for the Nuu-chah-nulth, including sea lions, seals, and even whales.

The Nuu-chah-nulth population was said to have reached almost 100,000 people by the 18th century. There seemed to be nothing to stop them from reaching a population of 200,000 in years to come. That is, until the arrival of strange pale-faced visitors. 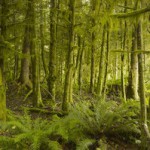 Europeans and Americans had already completely settled into the East Coast of North America, and now they were setting their eyes more on the West Coast of this great continent, which lead them to Vancouver Island. The region had plenty to offer the Europeans as far as trade was concerned. Sea otter pelts were of high value in Europe and America, and this coastline just so happened to be full of them. A short time after their arrival, the Nuu-chah-nulth population began to decline drastically thanks to violent encounters with the Europeans and thanks to the diseases they brought with them. As the First Nations’ numbers went down, the population of foreigners was on the rise.

The name Tofino was first given to a large southern inlet discovered by two Spanish Naval Captains named Dionisio Alcalá Galiano and Cayetano Valdés in 1792. Galiano had been a student of an admiral named Vincente Tofiño de San Miguel, a famous connoisseur of mathematics, hydrography, and cartography. In honor of his teacher, Galiano christened the useful inlet Tofino Inlet. This inlet would be the inspiration one hundred eighteen years later for the small settlement which we now know as Tofino.

For the first half of the 20th century, however, no one really knew much about Tofino, except for other towns on Vancouver Island, who had dubbed it “Tough City.” The rough winter seasons made this trading town an undesirable destination except for a small population of loggers, fishermen, and hippies.

However, in 1959, things began to change for this sleepy little town.

There were very few means of transportation in and out of Tofino, making it next to impossible to reach for the average traveler. In 1959, a logging road was put in through the mountains between Port Alberni and the coastline near Tofino. This road made transportation much easier for loggers during the week. And when the loggers were off work on weekends, the roads were left wide open for weekend travelers. For the first time, there was a way for people to reach this isolated area, bringing Tofino into the business of tourism.

At first, the visitors were mostly young adults looking for good surfing and camping in the glorious Long Beach region. This led to a rising awareness of all that Tofino had to offer, but the number of visitors didn’t seriously begin to rise until two significant events in the 1970s. One was the establishment of the Pacific Rim National Park in 1970. The park extends to Long Beach, and therefore brought visitors of the park directly in the way of Tofino. The other was the paving of the gravel road between the coast and Port Alberni in 1972. The road became at the time the only paved road on the island that led directly to the Pacific Ocean. Between these two significant events, Tofino was officially put on the map!

Tofino’s popularity has only grown over the years. Annually, about 750,000 visitors come to see the many attractions that Tofino offers all throughout the year, specifically the outdoor excursions and natural phenomena. One such phenomenon is the migration of the grey whales. Every year, the grey whale will migrate from Baja to Alaska, bringing them by the Vancouver Island coastline in March. Thousands of people gather every year to just to catch a glimpse of the enormous animals and to attend the Pacific Rim Whale Festival.

The Pacific Ocean offers not only the chance to glimpse at the sea life, but also some singular fishing opportunities. Like the Nuu-chah-nulth who took advantage of the many species of fish indigenous to the coastline, thousands of fishermen to are drawn to Tofino’s shores every year. Salmon and halibut are a constant enticement for fishermen looking for a good-sized haul.

The inducement of all these attractions is just scratching the surface of all that this little town has to offer. It has come a long way from its humble beginnings, being known as “Tough City,” virtually invisible to the rest of the world. Now it is a highly sought after vacation spot for thousands of people in North America. Whether your niche is fishing, hiking, surfing, boating, or simply sight seeing, Tofino is a destination worth experiencing!