Beginning in November is the much anticipated winter storm season for Ucluelet and Tofino which usually lasts until February or March. More and more people are turning up every year from November to March from all over to come and see some of the ferocious storms that the west coast of North America has to offer. Gale force winds sometimes reaching up to 70km an hour, pounding rain and massive 15 foot waves relentlessly whip through and pound against the rocky terrain of the Pacific Coastline.

Why our accommodation is suited for storm watching in Ucluelet/Tofino?

Our condos have a great ocean view. You can sit roasting by the fire in accommodation with heated floors while the outside weather does its best to break the rocks in two. We are also close to Big Beach and just a couple minutes drive from the Amphitrite Lighthouse.

Why storms come on this coast?

The making of these devastatingly powerful storms is caused by a low pressure air system moving northbound into the Gulf of Alaska while in the zone between, the northern arctic air and subtropical air combine to create a frontal wave as the system begins to move in a south eastward direction toward Vancouver Island. As the front travels east the pressure begins to drop rapidly and the now low pressure system increases as do the winds and waves making the perfect recipe for storm after storm to come crashing against Vancouver Island’s quaint town of Ucluelet. 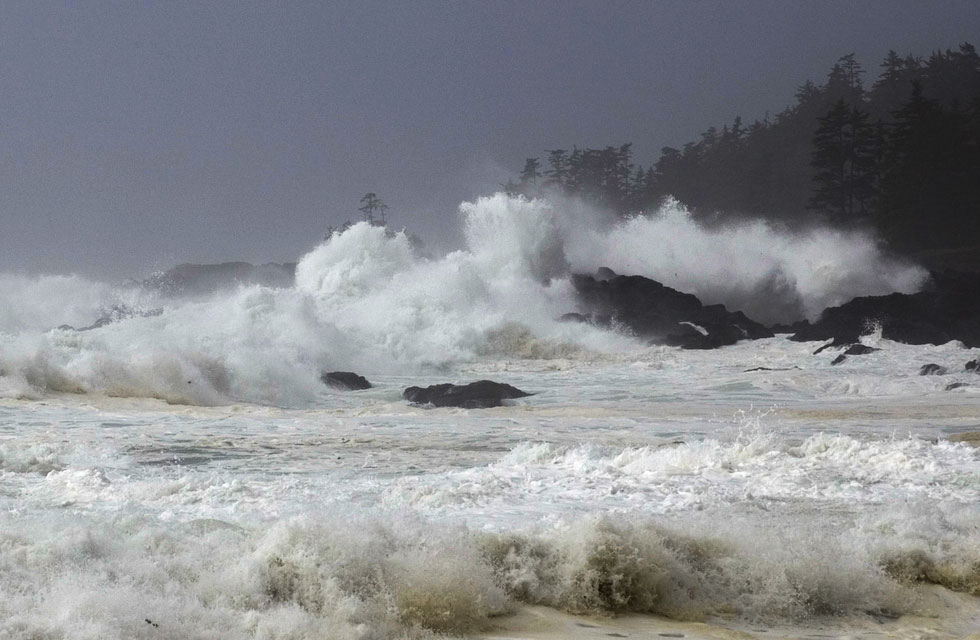 Winter storm watching is growing ever more increasingly popular and Ucluelet is set up marvelously to facilitate the needs of those coming to observe them. Ucluelet offers the Pacific Rim National Park Reserve which has become a favorite location for many who want to really see and experience these powerful storms firsthand. There are also boat tours available for the truly courageous adventurers. For those who are just simply struck by the sheer magnitude and force of these storms and want to see them at their strongest without feeling them at their strongest, there are safe places to watch that offer the view of the storm without having to experience the rest of it.

Ucluelet is host to about 15-20 of these mega-storms through the months of November and March. For those looking to take a vacation during the offseason who not only relish the outdoors but are also captivated by raw nature, Ucluelet in the winter is a great place to get in touch with the sheer power and beauty of Mother Nature. Whether you are sitting in the comfort of a cabin, house or inn in front of the fireplace snuggled up on the couch or in the thick of the storm on a boat off of the Pacific Coast being rocked side to side watching these storms with their tempest gales and furious waves pounding along the coast you will be in awe of the exhilarating sight of these mega-storms. 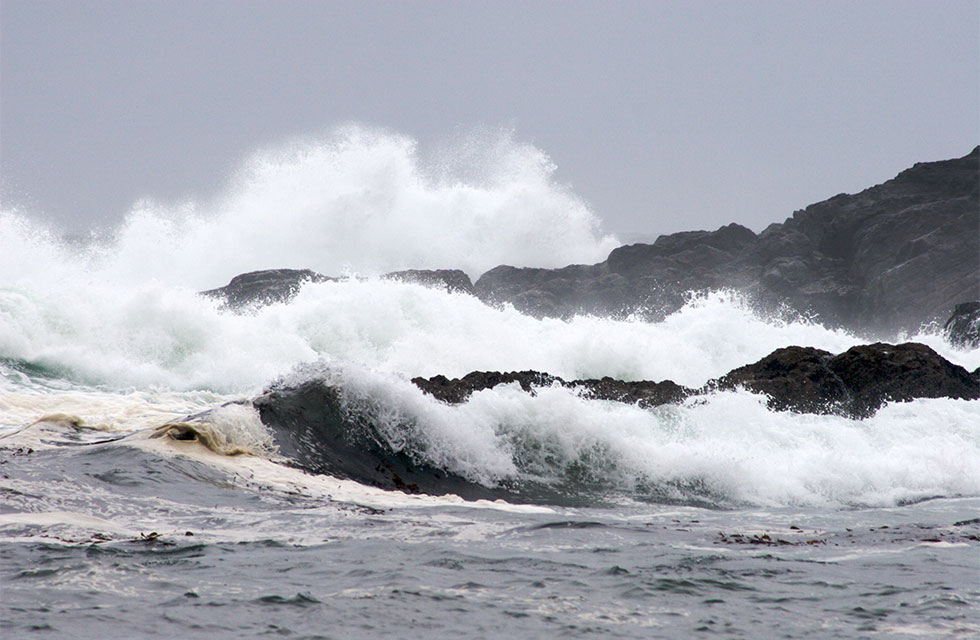 Ucluelet gets over 4 meters of rain a year and during these stormy months it will hit you from every which angle. The Wild Pacific Trail located in the Pacific Rim National Park offers many viewpoints for storm watching. The Amphitrite Lighthouse is perhaps the best location to watch these storms from on land and some of the massive waves that crash on the shore can send ocean sprays over the Lighthouse itself. Sitting in one of our ocean view condos is a great way to watch these powerful storms and relax near the fire. Our ocean view condos are the largest units of any kind in Ucluelet excluding houses that overlook the ocean.

After one of these storms passes through, many like to forage the shores and  comb the beaches to see what interesting sea life, driftwood or sometimes even glass from Japanese fishing floats they can find. When you return home, Sitting in one of our ocean view condos is a great way to watch these powerful storms and relax near the fire. Our ocean view condos are the largest units of any kind in Ucluelet and all of our accommodation has great ocean view.